worth the words (2): why write? what is feedback?

still reading The Ballad of Dorothy Wordsworth and i keep finding little ideas in there that i like. so i will share a few more passages.

It is the fragmented style and its incompletion as well as the story it tells of the self as a perceiving subject that makes Dorothy’s journal so identifiably Romantic, if we understand Romanticism at least in part to be, as the German poet Friedrich Schlegel said, an art that is eternally in the “process of becoming” and “can never be completed.”

now we get to the bottom of things, to the motivation behind writing. why did she write those journals? if you follow the author’s reasoning here, and i am very willing to do that, it implies that dorothy felt or suspected some sort of near magical power in writing, something that could strengthen and bind at the same time:

She meant to seal her brother closer to her, but also to seal together her own discordant sides: because I will not quarrel with myself is the first reason Dorothy gives for starting a journal, and something of what she means by this striking phrase becomes more apparent as the months roll by. […] If writing for Dorothy is a way of avoiding conflict, she suggests that is is also a way of outwitting her demon: she sees writing as a pacifying, unifying activity that she hopes will bring the two sides of herself into harmony.

so we are back to the question / discussion of what makes a writer, what is writing, why on earth do we do it. wilson moves on to point out a vital difference between dorothy and william:

As such, she makes clear that she does not regard herself to be a writer in the way that her brother is a writer. Self-conflict was for him the basis of poetry, the battle between pain and pleasure making up the very stuff of Wordsworth’s creativity, not least because writing, particularly rewriting, made him ill. The need to shed himself of words as a snake sheds its skin was his vocation.

here is something on the working relationship between dorothy and her now famous brother:

At the end of January 1793, Wordsworth’s first published poems, Descriptive Sketches and An Evening Walk, appeared. Dorothy’s comments on his early poetry reveal that somewhere between picking berries in Halifax, stitching sheets in Penrith, and bathing babies in Forncott she has developed a strong and independent poetic sense. Her critical voice is frank, certain, and sufficiently self-assured to suggest that William was then dependent on her finer sensibility. “The poems contain many Passages exquisitely beautiful,” Dorothy told Jane, “but they also contain many Faults, chief of which are Obscurity, and a too frequent use of some particular expressions and uncommon words […]”
Coleridge said of the same poems that “seldom, if ever, was the emergence of an original poetic genius above the literary horizon more evidently announced.”

the next line made me laugh:

Wordsworth made the amendments Dorothy suggested.

ha ha. i like her already. dorothy clearly understands how to give constructive feedback, which i find is vital to those of us w 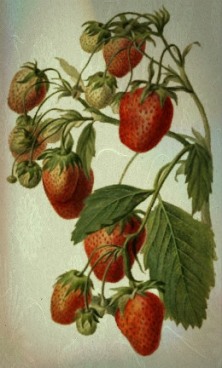 ho write. while of course we were introduced to many things, many poets / writers and to theory etc during the creative writing classes i took, the part i benefited from the most, and the part that excited me most, was the workshops where we would give each other feedback on our work.

i think useful feedback can make any writing better – you need to know how to give it, and also how to receive it. honest feedback is not necessarily delightful, and it can be frustrating to realize that what you thought was obvious / worked really well does not appeal to those who can give you feedback. poetry is not a puzzle or a riddle (although there are forms of poetry that are riddles, no pun intended) and i honestly believe that there is no “right” interpretation (meaning all others are wrong or off). still, this does not mean it is completely subjective or arbitrary. in the end, you are the one who writes and you will know when to stop revising / rewriting, but seeing the response your writing elicits can help you keep a perspective on what you are doing.

i think poetry writing, when it is not slam or limerick or such, is a very singular, solitary experience and this is what makes it difficult. writing good poetry, writing worthwhile poetry, i suppose, has to be a constant balancing act between realities. (something by karl popper comes to mind, the idea of each of us living in reality bubbles that have overlap as well as discrepancies and differences… the thing is, though, that – in my experience – the overlap is not as large as we assume it is, or as we take it for granted to be, and not as small as we sometimes fear. communication is possible. understanding is possible. poetry is communication when other languages fall short.)