Remembering Through the Lens: Sharon Venezio’s “Silence of Doorways” 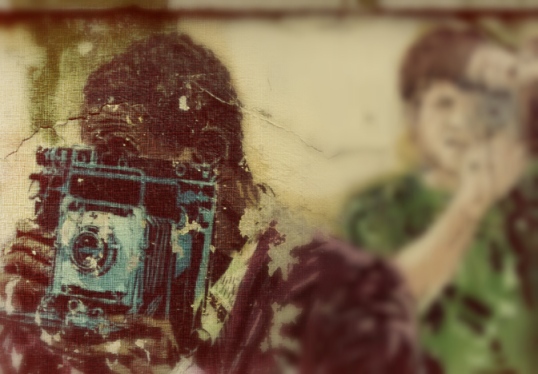 Sharon Venezio’s collection of poems begins with a quote by English painter and poet John Berger: “Photography relieves us of the burden of memory.” The quote frames the poems in The Silence of Doorways very nicely, as they are organized into sets of photographs such as landscapes, portraits, over-exposures. Personal history, individual histories if you will, are at the focus of all of these poems, even the “landscapes.”

Take “College Essay” for example. It reminds me of an assignments that’s fairly common for Composition 101 classes: a personal narrative. It’s a panoramic shot, a full 360 degree view of the speaker’s present location. In it, Venezio captures the experience of trying to find one’s place, a freshman not only to college but also to adult life. The writer of the college essay is acutely aware that college is not the only path she can take into independence. Her older brother has taken a different route; he’s become buddhist and wants to live the life of a monk. “One day I will visit Sri Lanka, find my brother sitting somewhere in the Sri Pada wilderness, bring him food, tell him all I have learned at your college. He will tell me to forget it all, and I will” (18). 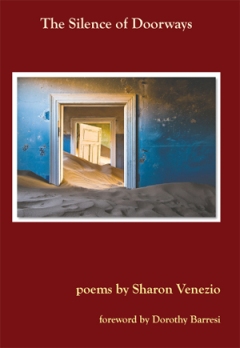 There are several themes that weave their way through this collection: birdwatching, photography (obviously), family, and obsessive compulsive counting. The speaker reveals, by and by, a family history of obsession with numbers, which culminates in the realization that

Numbers kept my father’s hands moving, / always digging 4 inches deep, 12 inches apart, / … My mother counts / the teaspoons of sugar for her tea, the minutes / while the water boils. / / Meanwhile, I count the number / of steps out of a movie theatre / so I can count my way back through the dark. (Numerosities / 69)

Some of the poems are downright haunting. “Ghost Brother” is one of those poems. The speaker remembers how she perceived her brother at different stages of her childhood. “The underbelly of family / is the color of ash, / a face afraid of mirrors,” she explains (37). The emotional and physical violence bleed into each other as the child witnesses her brother jumping off the roof.

Two other haunting poems, “Abu Ghraib” and “Water asks a Question,” recall the horrors experienced by Iraqi prisoners at the hands of American military. Inspired by Nick Flynn’s The Captain Asks for a Show of Hands, Venezio uses material from inmate testimonies.

That’s not the only time she appropriates other texts. I very much enjoyed the poems that play with found language / technical language. “Meanwhile, An Obsession” braids the peculiar, at times downright alien language of literary and feminist theory into something new by removing punctuation and creating almost hypnotic blocks of speech. While these blocks are very much separate from each other, visually and in content, they are tied together through invisible, subtle connections.

In all, this is a very accessible collection. There is a consistency of voice, and the poems are nicely connected, loosely but not too loosely. The book leaves us with the sense of “an ancient sorrow / tattooed on her chest / buoyant as a lifejacket” (Storm / 43).

The Silence of Doorways is published by Moon Tide Press.