Hagar’s Daughter has two distinct parts, with the first part taking place shortly before the Civil War, and the second 20 years later. (You can read the entire novel online right here: http://www.digital.library.upenn.edu/women/hopkins/hagar/hagar.html)

St.Clair Enson, a selfish character in need of money, finds out that his brother Ellis has married and is now a father. This is bad news for St.Clair, because it means that Ellis’ baby daughter will inherit the Enson millions when Enson Senior dies. Walker, an unscrupulous slave-trader and friend of St.Clair’s, claims he can help make sure this won’t happen (for the small amount of 7,000 Dollars).

They travel to Enson Hall, under the pretext of St.Clair wanting to meet his new family members, and when confronted with the lady of the house (Hagar, Ellis’s wife), Walker finds his suspicions confirmed: she is an orphaned slave girl he ‘lent’ to a friend years ago. She is “his property.” He claims both Hagar and (because ‘the child follows the condition of the mother’) the infant as well.

Ellis — who truly loves Hagar — buys her freedom from Walker but tells her that he simply cannot acknowledge her as his wife any longer, because it would hurt his good family name to be married to a black woman. Hagar, raised by a well-off white couple as their own daughter, is in shock. When Ellis,  after a visit to the nursery, changes his mind and comes up with a plan to live with her abroad, she takes new hope.

St.Clair, however, overhears their scheme. He sees to it that Ellis never returns from his business trip (in reality a pretext to prepare their escape, and to get Hagar’s free papers). As the political climate heats up (this is just before the Civil War), Walker decides to sell his slaves, including Hagar and the baby. Hagar manages to escape — she runs to a bridge, kisses her child, and jumps, intending to save them both from a life of humiliation and abuse.

Hagar is named for a character in the Old Testament, the second wife of Abraham. “The Banishment of Hagar” by Jan Mostaert

We meet the highly-esteemed Senator Zenas Bowen, a self-made man, in California. He has a loving 2nd wife (Estelle) and stunningly beautiful daughter, Jewel, who is about 20, and who catches the eye of a man by the name of General Benson. Benson’s friend Major Henry Madison offers to help Benson win Jewel, even though the girl is engaged to Cuthbert Sumner, Benson’s assistant. Benson and Madison both need / want money, and there is money to be had in a marriage to Jewel, which they agree to split. Madison’s daughter Aurelia (in a few instances called “Amelia” instead) is part of their plan: She is to distract young Cuthbert Sumner, win his heart, and eventually marry him (which would leave her well-off), so that Benson can get Jewel for himself.

Benson is a mean character, and Jewel knows it. She’s seen him kick a dog (139) and his cruel nature is no secret to her. As Cuthbert gets quite distracted by the also very beautiful Aurelia, Benson tries to win Jewel’s affections with compliments and flowers. Aurelia actually knows both Cuthbert and Jewel. Remembering his infatuation with her some time ago, she’s sure she can wrap Cuthbert around her finger, and because Jewel remembers her from a Montreal nunnery they both attended together, Jewel trusts her without much reservation. Jewel even believes her that Cuthbert asked for Aurelia’s hand before he ever met Jewel, and that his renewed affection for her now is not Aurelia’s fault. She cannot help that she’s so sensuously beautiful. Jewel breaks off the engagement.

When Benson’s secretary, Elise Bradford, confides in Cuthbert and tells him that he and Jewel are the victims of a plot, that Aurelia is a quadroon (one-quarter black), and that Benson promised to marry her because she has a four year-old son by him,  Cuthbert is shocked. That night, Elise is murdered and Cuthbert is sent to prison the next morning as prime suspect. As the scandal rocks the city, Jewel realizes she still loves Cuthbert (who is likely to be sentenced to death). She engages the famed detective Mr. Henson to prove his innocence.

The connecting threads between the two parts of the story are, in fact, slaves: St.Clair’s slave Isaac is now married to Marthy, the mother of Jewel’s maid Venus. Marthy is the daughter of old Aunt Henny, who served Hagar’s adoptive family and now serves the Bowens. From Isaac’s careless remarks, Aunt Henny knows something is up. She recognizes General Benson as the devilish St.Clair Enson.

Aunt Henny vanishes, and when Mrs. Bowen finds out who Henny is, she becomes quite alarmed. Jewel marries Cuthbert in jail. Zenas Bowen dies after getting very ill on a business trip, and it turns out that while away, he made a new will that leave Benson and Madison in charge of the Bowen millions. Jewel and her mother, as well as the detective, know something is very wrong. Benson becomes very pushy and threatens both Mrs Bowen and her daughter, but the women stand up to him.

When, suddenly, Jewel disappears, her maid Venus decides to find and rescue her. Aunt Henny mentions that Isaac gave her a good sum of money, and Venus’ instincts tell her he’s involved, so she goes to detective Henson and they come up with a plan. (I should mention that both Jewel and Venus are, if you will, ‘badass’ — p. 210, Jewel never goes out by herself unarmed, and p. 225/6, Venus explains she was ready to beat up the General with a bootjack to defend Mrs and Ms Bowen.) The plan involves Venus going undercover, as a boy, with an undercover detective.

While mysteries are being solved, Cuthbert stands up to Aurelia and exclaims he will never be with a black woman. Needless to say this makes the hot-headed beauty very, very angry.

“The Wish” by Theodore von Holst

In court, with the evidence Venus and the undercover detective have procured, all is revealed: Aunt Henny saw General Benson poison Elise Bradford. General Benson is, in fact, St.Clair Enson, and Major Madison is none other than the slave trader Walker. At this point, detective Henson drops his own disguise and reveals himself as Ellis Enson, which prompts Mrs. Bowen to confess she is, in fact, Hagar, his long-lost wife (260 ff). Sumner makes very clear that he is so relieved to have a white wife, because “Ought we not, as Anglo-Saxons, keep the fountain head of our racial stream as unpolluted as possible?” (271) Enson remembers when he himself felt like the young man does.

With Cuthbert Sumner’s name cleared, the young couple can return to the Bowen mansion. Mrs. Bowen, aka Hagar, suddenly remembers she never acted on Zenas’ last words: he urged her to open “the little hair trunk” (274). What she finds, stuns her: wrapped in strangely familiar yellowed cashmere, there are baby clothes and a locket — the very locket she got from her mother and put around her daughter’s neck before jumping from the bridge. In the locket is a document that shows that Zenas and his first wife adopted a foundling, on which they found the locket.

Yes, Jewel is none other than Hagar’s own daughter. This family reunion is more bitter than sweet for Jewel, because she knows how strongly Cuthbert feels about ‘amalgamation.’ She confides in her (actual) father and sends him to explain everything to Cuthbert, also sending along a note written by her. Cuthbert sends her no reply for 24 hours. He wrestles with himself, with his preconceived notions of love and race. Finally, he decides to go see her, but it is too late: her family have left for a trip to Europe.

It takes Cuthbert a year to try, again, to see Jewel. When he arrives at the estate, he finds a tombstone with her name on it — she died while abroad. As Ellis expected, Cuthbert has learned, but unfortunately he’s learned too late.

The book ends on a quote from “My Lost Youth” (H.W. Longfellow), which Ellis uses a few pages earlier in response to Cuthbert’s racist views: “The boy’s will is the wind’s will, / And the thoughts of youth are long, long thoughts.” 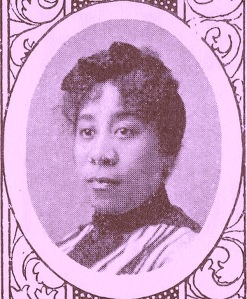 Of particular interest, here, in the sense of how and what this novel seeks to teach, are (among many others) these passages:

159 – Elisa Bradford’s pity / sympathy for Aurelia / for mixed-race women in general, and views on slavery

268/7 – on race and character / morality (as Jewel points out, most of the black characters have acted with courage and integrity, and Isaac and Aurelia can be seen as exceptions)

283 – Cuthbert’s realization that “the sin is the nation’s.”

Also consider how Aunt Henny speaks, vs. Venus (see 224 for her changing between two ways of speaking), vs. Jewel and Hagar, and of course the quotes / literary and biblical references Hopkins weaves into the story. Examples: 8 (Milton’s Paradise Lost), 58, 65 (lyrics from a spiritual), 269 (Tennyson’s “The Miller’s Daughter”), 281, 284 (Longfellow).