Sidney Wade‘s Deep Gossip: new and selected poems just came out this April, and I was fortunate enough to get a copy hot off the press. This book is a good way to get to know Sidney Wade’s work – it starts out with new poems and then offers a selection from her collections published between 1991 and 2017.

Before I read Deep Gossip, I had read both Straits & Narrows (2013) and Bird Book (2017), and I thought I had a pretty good idea of Sidney’s poetry. Turns out, I’d only seen a fraction of the whole.

Full disclosure: Sidney was my mentor in the course of AWP’s Writer-to-Writer program.

The beauty of a well-edited ‘new and selected’ volume is that it can showcase the change that happens over the course of a poet’s career, as well as a broader spectrum of one person’s work, and Deep Gossip does just that. Let me comment on a few of my favorite pieces.

The book’s opening gambit is “Fata Morgana” (p.3), which is a beautiful example of how much pacing matters in a poem. The entire poem is a single sentence, broken into short lines which move across the page in almost the shape of a body.

“Skin” (26) is another great example of this poet’s strengths: the poem is very slender on the page, with its short-lined couplets which are held together by syntax as well as by assonance, rhyme, and association. The poem describes the swollen body of the mother:

“Seeing the Opthalmologist” (21) uses longer lines, stanzas, and the very visceral image of the examination as “a spider kissing my wide-open eye.”

Not all of the new poems are calmly paced and minimal. “Yellow-crowned Tyrannulet, Cock of the Rock, Northern Screamer” (38), for example, is a timely, outspoken political poem peppered with a tougher type of imagery.

There’s also story-telling and some tongue-in-cheek-ery in this book. Take “Snowy Owl” (47), for instance, where an unexpected visitor knocks on the speaker’s door. She wants to talk about spiritual matters, but rather than a bible or a religious tract, what she pulls out of her purse is a dead mouse.

“For My Mother” (90), from the 1998 collection, puts the new poem “Skin” into a new context as the reader makes the connection. Two poems, written decades apart, about the same the same event, with the same tenderness.

“Ideology Stinks, but the Heart Smells Pure” (103) is from the 2002 book Celestial Bodies and relates the speaker’s relationships. We witness her doing ‘some marginal  hoofing’, running into a god, being beset by angels, and finally settling down for some ‘romantic fruitcake’ with a ‘mild slickered bird.’

The last poem I’d like to point out is “Such Luck” (158), another skinny couplet poem with beautiful pacing and imagery. I’ll close with that poem’s closing lines: 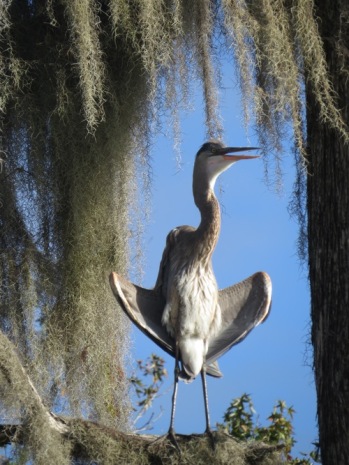